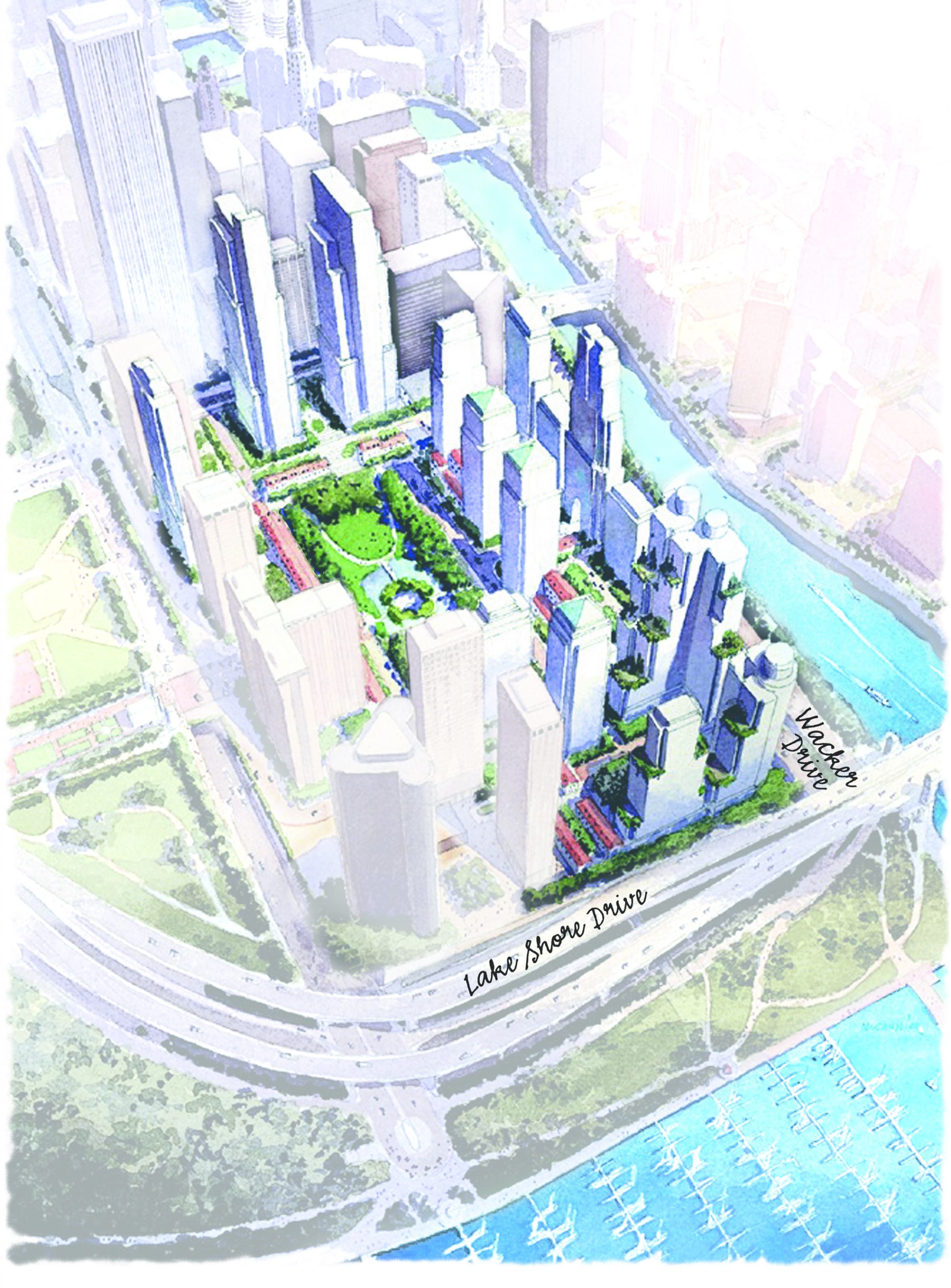 A Brief History of Lakeshore East

Photo from The St. Regis Chicago

From the architectural creations of Frank Lloyd Wright to infamous gangster Al Capone, the rich history of Chicago attracts homebuyers from across the world. Part of Chicago’s story is that of the famous Lakeshore East neighborhood. Now the city’s most successful large-scale residential development site, the 28-acre, $4 billion architectural and botanical marvel has its own humble beginnings. Here is a brief history of Chicago’s Lakeshore East community.

Our modern lakefront views took a much different form back in the 19th century. Lakeshore East was an integral part of Lake Michigan, supporting the city’s growing economy as a bustling port from which the Illinois Central Railroad shipped goods from the Great Lakes to New Orleans. The port’s surrounding railyard helped to control city flooding and became a major freight yard. In 1871, the harbor was used as a depository for landfill from the Great Chicago Fire.

Railroad operations eventually dwindled with the development of a national highway network and the combustion engine over the early 1900’s. Post World War II, airspace rights were sold by the railroad and the rails were abandoned. This made way for major commercial and residential development in the second half of the 20th century. Replacing the west 83 acres of the railroad yards came the Illinois Center, a myriad of office towers, hotels, and residential buildings. The east 28-acre wing, what is Lakeshore East today, became a par-3 nine-hole golf course in 1994.

Irons and putters did not touch the land for long. In 1998, Magellan Development Group hired internationally renowned architects at Skidmore, Owings & Merrill to create their AIA award-winning Master Plan integrating all 28 acres of the land with its complex three-level street system. A preview of the future, Lakeshore East was designed for Chicagoans to live, work, shop, eat, and explore their interests without having to get into a car. The Master Plan required 40 percent to be open space, incorporating a 6-acre park at its center and connections to the city’s lakefront amenities and Pedway system.

The heart of the Lakeshore East community is its award-winning park. Opened in 2005, Lakeshore East Park is a botanical marvel with 500 trees of over 20 varieties and more than 100 varieties of perennials and annuals. Paying homage to Lakeshore East’s history as a thriving port and its connection with the waterfront, the park’s nautical theme is exemplified in the shape of walkways, plantings, and many fountains. The urban oasis also includes a lively dog park, children’s play area, ornate gardens, and plenty of seating. It is also Chicago’s first park to offer free wireless connection.

Architectural wonders in Lakeshore East have made their mark in Chicago and international history. In 2009, Lakeshore East made international waves when Jeanne Gang’s Aqua opened. Featuring a hotel, condos, and luxury apartments, the tower’s wavelike silhouette became an iconic part of the Chicago skyline. Its aquatic name, like many of the Lakeshore East structures, pays homage to the lakefront location and the site’s history as a port. However, Jeanne Gang and her team brought Lakeshore East to new heights with the record-breaking St. Regis Chicago in 2020. The 101-story tower not only became the third tallest building in Chicago, but the tallest structure designed by a female architect in the world.

From starting as a port and railyard to becoming the largest downtown development of any major U.S. city, Lakeshore East is intertwined with history. The innovative mixed-use neighborhood honors its past while pointing us to the future of urban living. In Lakeshore East, Chicago history is always in the making.